Who are you, where do you live and what are you doing?

I am Mr Bee, I was born in France and used to live in the Paris area until my 30th birthday, then I moved to Detroit (Michigan, USA) where I still live today. I am a mechanical and simulation engineer for my daily job, I am currently managing the US subsidiary of my company with headquarters based in the Paris area. We do a lot of work with the automotive industry which is the main reason why we decided to settle down in Michigan, which I won’t complain about because I always loved Detroit’s music regardless genres so I was very happy to move here.
I have been deejaying seriously for almost 10 years, starting playing in Paris in a couple bars such as l’Antirouille, Karambole Café, Panic Room among others. I then met with my bro Benito and we started spinnin together, as we shared (and still share) the same vision of Hip Hop music, especially Jazzy boom bap sonorities.

Whats your Idea for your Sunday Joint?

I started listening music – I mean getting into it – when I was 15 during High School. At the time I listened to Hip Hop music, already diggin into the new stuff which wasn’t as easy as nowadays since Internet was only in its infancy. I remember lending my OGC – Da Storm CD to a friend who came back the day after saying it’s all BS, I was stunned, as a matter of fact this is still one of my favorite Hip Hop LPs of all time I guess… Anyway, I used to listen to Hip Hop for about 2 years and then slightly shifted my interests towards reggae music, in which I was kinda stuck during 3 to 4 years, this is actually the first music that made me buying vinyl records, especially 7 inches that is the main media upon which music is released in Jamaica. After that, I came back to Hip Hop, still buying records (favorite HH record store Sound Records in Chatelet, right in the center of Paris). This period has lasted around 7 years then I moved to Detroit where I naturally expanded my scope to House and Deep House music. House music is a style I always enjoyed listening, especially at clubs, whereas I didn’t dig the style when I used to live in France. Arriving in the D was just an evidence I had to do it !
All those musical experiences have actually driven the way I recorded this Sunday joint, I just wanted to travel across my influences and music genres I love. I tried my best to make it seamless, progressively increasing the BPM throughout the mix. In the end of the mix, I put a few Broken Beat tracks. Broken Beat is the last genre I have been diggin lately, I would say about 2 or 3 years and I truly appreciate it, to me it sounds like a perfect combination of Hip Hop and House aspects while bringing something new that I cannot really describe, this is very subjective though.

What is the significance of music in your life?

I just think I won’t be able to live without music ! I can’t spend a whole day without listening to a few songs at least, except if I’m travelling in the middle of nowhere and I don’t get access to any source of music of course…
This is hard to summarize, the first things coming to my mind are for instance the fact it provokes emotions sometimes related to life events, it helps me relaxing depending on the genre and the time of the day, I also link music a lot with dance, this is also something I really discovered arriving in Detroit : « the dance scene ». This led me to apprehend music differently on one hand as a DJ, on the other hand as a dancer – to be honest I do not consider myself as a dancer, however discovering that scene made me eager to learn techniques and steps which I try to recreate when I am going out, especially at House music parties. I think it nurtured my approach of music, knowing or at least trying to understand your audience’s expectations and also, last but not least, I think it leveraged my vision in what dancers expect from a DJ meaning they not necessarily expect someone to play tracks they already know and if you make a few mistakes, as long as music is banging, that’s the main thing !

What was your most musical experience so far?

There is a few : I remember the first Jurassic 5 concert in Paris in 2003, probably one of the best Hip Hop shows I ever attended. A few parties in Detroit regarding House, especially Marcellus Pittman spinnin at Motor City Wine in the end of July 2016 and Norm Talley playing back 2 back alongside Omar S, still at Motor City Wine !
As a DJ, I would say the official after party for Juste Debout 2014 in NYC where I played at Webster Hall with greats DJs among them Rich Medina who is truly a legend to me for many reasons. I ended up chatting with him maybe for half an hour, great memory. More intimate is probably the gig I played in Detroit at an after party during which I dropped both French and Hip Hop joints they never heard before, their reaction litterally blew my mind. This was a so tiny atmosphear, not even crowded like crazy but folks were into it !!!

What is the perfect Sunday for you?

Waking up at 10AM ish (without hangover, yes it happens sometimes), breakfast while listening to a dope Jazz LP, then take a shower, coffee, listening to a Hip Hop record, matter of fact several Hip Hop records, then go out for a bit for a walk, meeting friends, doing sports (rock climbing or even better wakeboarding), come back and listen records to finally end up at Motor City Wine (probably the night they throw their best parties in my opinion) to dance until 2AM !

I’d rather buy and play vinyl, I think it 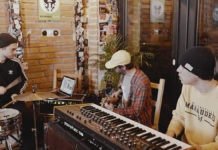 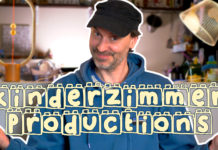 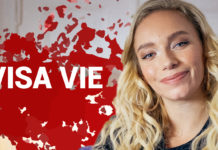 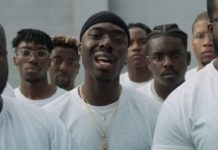 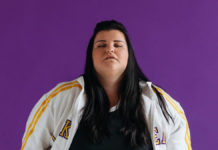 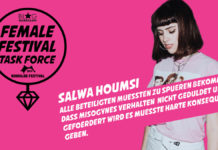