Born and raised in Budapest, Hungary the 26 years old R&B-Soul singer Babé Sila surprises with her fresh and smooth way to present herself and her music. We are happy to present this talented young artist and her new Video “7012” exclusive at Blogrebellen. It is a real great pleasure for us, to introduce you Babé Sila.

What is the best way to get in touch with people? Right! Starting a conversation and ask them a lot of questions:

When did you start with your music career?

I started singing professionally 7 years ago, before that I never even thought of a musical career.
I used to go to a music school when I was little and I learned to play the violin there, and later in my teen years I learned to play the guitar by myself but music has always remained a hobby till 2011.
That year my guitarist friend encouraged me to sing in his jazz-soul band and that’s how it all started. After 3 years of performing with them I felt the need to write my own songs in a genre that really represents me. I started writing my own lyrics and melodies and teamed up with a very talented r&b producer called High Love – in less than a year my first album was born.

What influenced you more: The local or the global music scenes?

It has always been the global music scene that influenced me most. I grew up on Whitney Houston, Sade, George Michael, Mariah Carey, etc. So 90’s r&b/soul really formed my taste in music. In the last few years alt-r&b had a huge impact on me too. I really loved the idea of mixing classic elements with modern/electronic vibes.
I also like hungarian music but not as an inspiration-the industry is small and there are very few artist that represent the r&b/soul genre. So I always keep my eye on the international scene since that is where I wish to succeed with my music.

You choose numbers for describing things. Why?

9 is my first album’s title – the album consists of 9 songs and each represents a different side of me, a different emotion or characteristic.
I was born on the 9th so I kind of feel like that number symbolize me as a whole – I had the feeling that it holds together the tracks as like an umbrella term and it’s more artistic than just saying “this is all me”.

7012 marks the kilometres between my hometown and my favourite city, NY. I built the lyrics around these numbers, I like being playful with words and rhymes so it felt like a fun concept.
It’s a love song that conceives loneliness, distance and doubts in a dreamy monotone chant that is like an internal monologue.
I love transcribing emotions into lyrics and melodies and later into visuals. All my songs have colours and textures. I was sure from the beginning that the visuals for 7012 should be built on lights and sunset colors and slow movements.
I feel like the video Reflects my artistic world and it perfectly represents the mood of the song and for that I’m forever grateful to my Hungarian creative team, who brought my ideas to life.

How comes you work with Berlin producers?

Two years ago I got to perform at the Reeperbahn Festival in Hamburg. With this performance I drew the attion of the internation Publishing company, Budde music. They reached out to my management and we immediately started negotiating the possiblities of me getting signed. It’s been a long process during which I travelled to Berlin monthly to work together with their artists/producers. We signed last December and since then I can say that I partly live there and I am working on my next project with Berlin based producers. 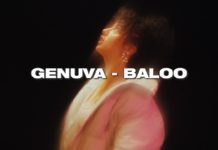 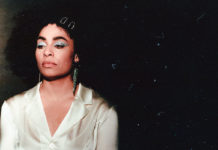 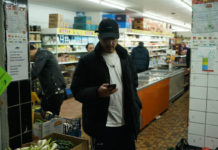 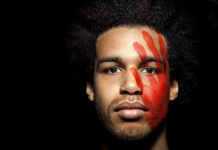 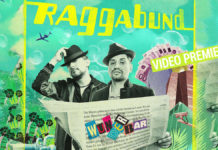 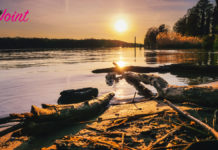