Yesterday, the Female Festival Task Force (hell yes!) was given the opportunity to participate in a tour organized by some of the volunteers working at the Roskilde Festival Ground. So, if you’re interested in getting some first-hand behind the scenes music and business information, knowledge about the spirit of Roskilde and the booking process, stay tuned and keep reading!

So, our little female fronted tour group had the possibility to dive deeper into the idea behind the spirit of Roskilde. It is our first time here (hands uuup!), but we already spotted some differences! Most festivals we know are based on a certain music genre to generate a specific crowd. Take the famous Wacken Festival as an example: it is built on the family feeling of the (mainstream) metal scene. This leads to the common process of “group forming”, which of course isn’t always a bad thing. The feeling of belonging somewhere creates a feeling of togetherness, but at the same time, creates an ‘other’.

The whole concept of Roskilde tries to work against those genre-based differences. The head of the booking agency of Roskilde told us that they “want to create a space of equality, while giving newcomer bands a space to start off their carreer.”  This means that unknown artists share a space with famous singers like for example Bob Dylan, Cardi B and Robert Plant. Roskilde functions as a springboard for various artist of various genres and genders. New faces in the music industry are being pushed to be the best versions of themselves by sharing a stage with their idols.

The booking process itself, like everything else at the Roskilde Festival, is voluntary work. The decision of whom to book is not based on “what’s in style”, but only judged by talent, effort and quality of a band’s live performance. You might think that this whole concept may be counterproductive, since it is decluttering several scenes which doesn’t seem to be lucrative, but actually, Roskilde achieved the exact opposite. Combining established and new bands brings together people of all ages, yet managing to hold the average age range at 24 years. The festivals modernity simultaneously accomplishes being “classy” and forming whole new concept of festival spirit.

The responsible booking agency travels a lot, also voluntarily (surprise!), to watch the chosen bands perform live and to check if they deserve a spot. It is lots of work, but worth it in the end. This is also interesting for our feminist project!

Of course Roskilde wants to make sure to have a well balanced line up of all genders, but the organisation team explicitly stressed that artist are not chosen based on their sex and personal identification, they’re chosen for what they belive in and what they deliver.

To put it in a nutshell: Roskilde is a revolutionary and special place which cherishes all varieties of arts, cultures and music to ensure the best possible experience enjoyable for everybody. 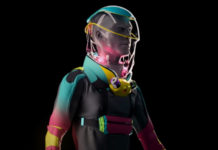 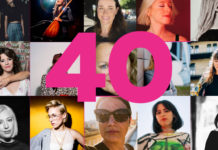 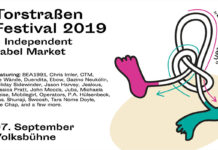 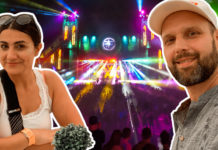 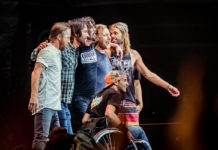 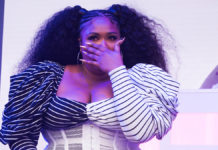